Well, The Eagles do have a reputation of writing ambiguous lyrics. Most notably in Desperado and this song. And thanks to it being their most popular song, it is quite unsurprising that there are so many interpretations. But people do consider this song to be a generally happy song. It does have some wonderful guitar solos. But I'd like to think that it is about the destructive nature of rock n' roll lifestyle and the artists' self-destructive streak.

I know what you are thinking. “Hotel California and destructive? Such awesome guitar solo man! What shit have you been smoking, bro?” But hear me out. Not everything is happy. And not everything is the way we see it. There are always those lines which can be interpreted in many different ways. Who’s to say my version isn’t true? (The conspiracy theorist in me will be proud)  For example, just look at ‘Stairway To Heaven’. Play it backwards and boom – It’s a shout out to Satan. (Band denies it)
Not that this song has anything to do with Satan. Maybe it does. I’d like to stay away from that version though.  Alright, let’s break this down.

On a dark desert highway, cool wind in my hair
Warm smell of colitas, rising up through the air 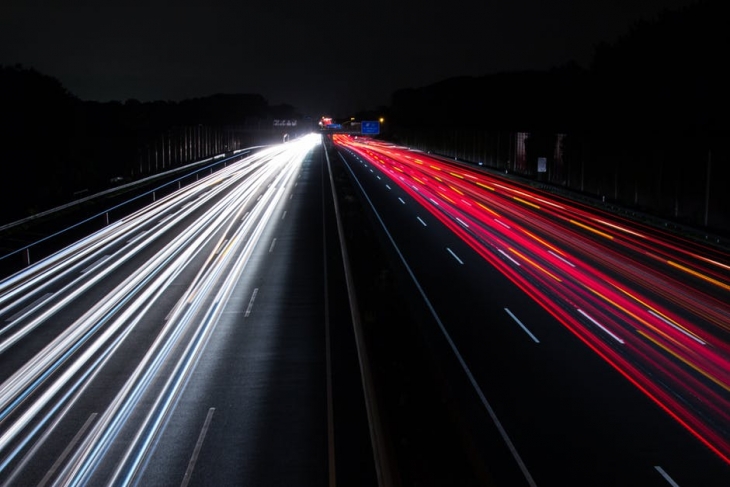 Up ahead in the distance, I saw a shimmering light
My head grew heavy and my sight grew dim
I had to stop for the night

This is the first sign that something is not right. He didn’t really want to stop but was too tired. Or out of his mind doing drugs. Or he was running low on drugs.

There she stood in the doorway;
I heard the mission bell
And I was thinking to myself,
"This could be Heaven or this could be Hell" 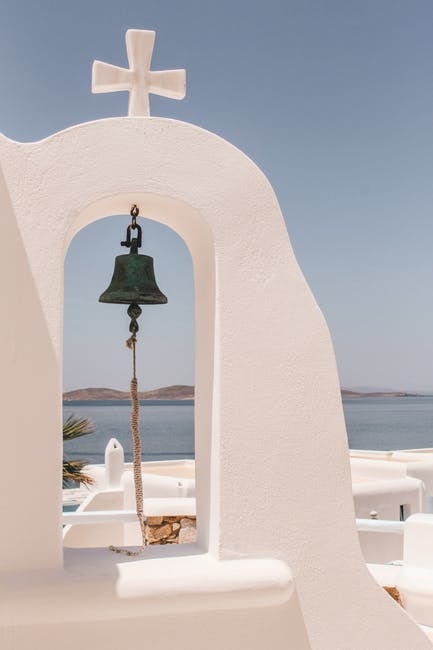 Well obviously the Satan connection is pretty clear here. Ignore it. Mission Bell has a nice little significance too. California was filled with Roman Catholic missionaries from Spain who built a lot of churches along the West Coast. These churches were called missions. So basically, the mission bell is rung to inform the church-goers that it is prayer time.
He is saying this idea may end up being both good and bad. Also worthy to note is the general frame of mind most rock n roll artists have about the music industry.  The music industry can often feel like both heaven and hell.

Then she lit up a candle and she showed me the way
There were voices down the corridor
I thought I heard them say...

I might be going a step too far for saying this but I like to think that 'candle' is some sort of drug. “She showed me the way” would then mean that this girl is leading him into the life of drugs. It can also mean that he is enjoying the luxuries of the rockstar lifestyle (since the overarching theme of the song is about the self-destructive nature of the rock n roll artists). He thinks that this is all he needs - he's happy (such a lovely place/face) and he knows he can find this happiness quite easily 'Any time of year'. 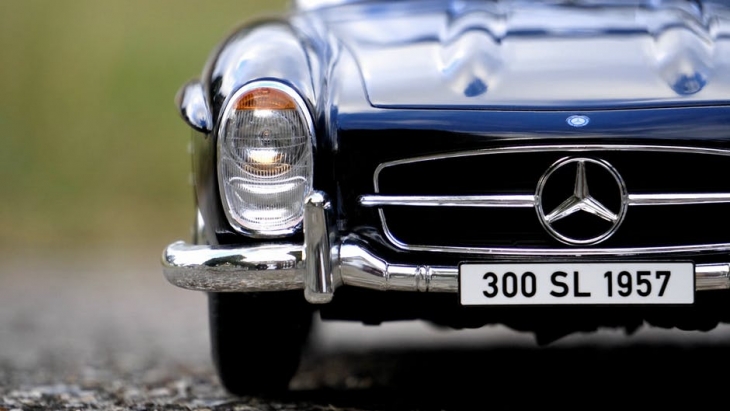 Her mind is Tiffany-twisted, she got the Mercedes bends
She got a lot of pretty, pretty boys she calls friends

How they dance in the courtyard, sweet summer sweat.
Some dance to remember, some dance to forget Again, clearly, obsessed with this girl. Google tells me ‘Tiffany-twisted’ refers to a popular chain of Jewelry store called Tiffany’s. The first 3 lines only serve to remind us that the singer is enchanted with this girl and the idea of California. The last line says something else though. Something about the dance or her expressions or just his fatigue reminded him of the time he danced to forget. We can only speculate. But since I’ve been doing quite a lot of that at the moment, here’s one more. He’s heart-broken. But that line is still pretty open ended. We can always speculate that dancing part can be translated into any other forms of art - like music. And he's writing the song to either remember or forget about his tragedy.

So I called up the Captain,
"Please bring me my wine"
He said, "We haven't had that spirit here since nineteen sixty nine" 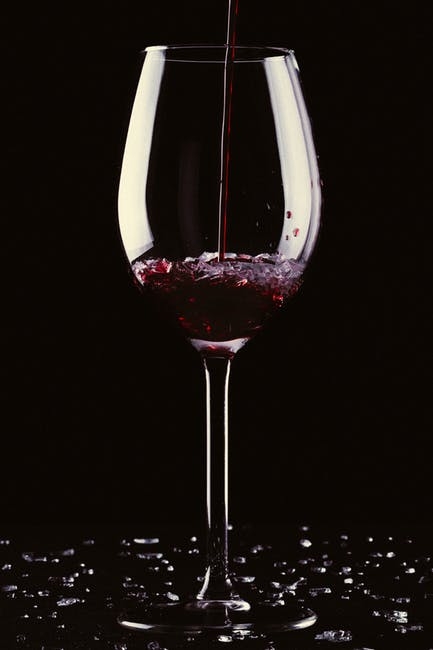 As he’s reminded of his lost love, he wants to drink and forget his sorrows. But since this hotel doesn't serve his favourite wine, he is forced to use something else (drugs, pills, other alcohols?) so he can sleep peacefully.

And still those voices are calling from far away,
Wake you up in the middle of the night
Just to hear them say...

Nightmares about his lost love wake him up and he tries to fill his head with happy thoughts again.

‘They livin’ it up at the Hotel California’ is obviously said in a sarcastic tone. The singer’s illusion that this place can make him happy is shattered.
Here’s the first real instance he actually gives it away. ‘What a nice surprise, bring your alibis’ The singer tells his listeners to stay in a place like this – especially when you are living the extravagant rock and roll lifestyle – you lose your own real self. So you fake it. Have an alibi. The real you is a lonely and miserable drug addict trying to make sense of life. But you just cannot let everyone know that. I’m speculating (again) that at this point, he used whatever he was high on again and went for dinner. 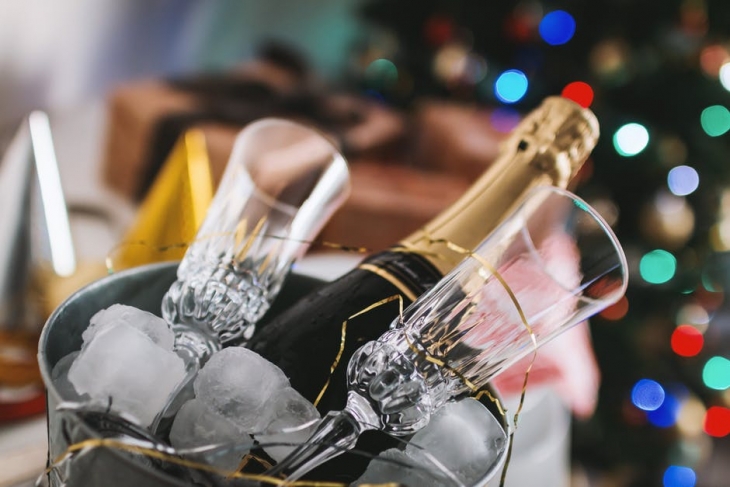 Mirrors on the ceiling,
The pink champagne on ice
And she said "We are all just prisoners here, of our own device"

As our unstable singer sits down for a meal, the girl he’s enchanted with also agrees with him. How we are stuck in the same old rut, how we are just getting on with our meaningless lives. This comes as a surprise considering how the singer described the girl as in the previous verse - someone who is pampered and doesn’t compromise on living the Californian dream. Again, I’d like to speculate that our singer was maybe hallucinating and just assumed she said it. But it doesn’t matter, really. She could’ve said it. People tend to get bored of life, sooner or later. Moving on..

And in the master's chambers,
They gathered for the feast
They stab it with their steely knives,
But they just can't kill the beast

While this whole verse shouts of Satanism (what with the master and beast references), I just don’t think that’s the case. And Google agrees. Apparently ‘steely knives’ is a reference to fellow musician Steely Dan – who previously referenced this band in one of his songs. They metaphorically are killing Steely Dan - which they were partly successful in doing. This song gave them international status while Steely Dan was not very popular outside the USA.

Last thing I remember, I was
Running for the door
I had to find the passage back
To the place I was before

He was starting to see how this place will not help him forget at all. If anything, it was forcefully reminding him of his past again and again. He’s trying to find the passage back to his real self so he can get on with his real life.

"Relax, " said the night man,
"We are programmed to receive.

The next line is the most ambiguous of them all - and my favourite too. We have all been there before. Well, I don’t know about you, but I’ve been there. The nightman is the side of him that wants to stay and continue partying. We are brought up and conditioned by society to be receptive to messages about status and wealth. To put a different spin on it, the human psyche is programmed to enjoy receiving more than giving, it’s only natural for people to surrender to their desires. In which case, receiving would refer to abusing drugs and partying in general - synonymous with rock n roll culture. You can check-out any time you like,
But you can never leave!

The singer is totally shattered now and sees the fallacy of all this. He realizes he is stuck in a vicious cycle. He can leave the hotel and go back to normal life seemingly unharmed — but it’s still got a hold on you and always will. This is a clear reference to the glamorous lifestyle and the drug addiction of rockstars.